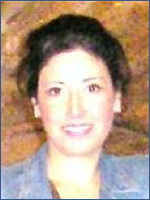 Rahmouna Rouni is the former president and one of the founding members of the Maghreb-American Health Foundation, Inc. She is also specialized in the Quality management Systems implementation, Performance improvement and regulatory Compliance.

Ms. Rouni started her career as a Control System engineer in oil and gas field, working for Bechtel U.S. oil and gas contractor in Algeria and then was offered a position with Sonatrach the Algerian national oil and Gas Company. She gradually evolved to project management and contributed in several pipeline projects including the Maghreb-Europe Gas pipeline (GME).

In 1997 Ms. Rouni moved to the U.S which led her to work on a number of control system projects, she joined Johnson & Johnson’s Mc-Neil Consumer Healthcare Company in the area of regulatory and quality compliance in the Pharmaceutical manufacturing industry in 2001, she then moved to the healthcare sector as a consultant with Fox Chase Cancer Center in the department of quality and performance improvement and landed with The Children Hospital of Philadelphia as a International projects/Business coordinator. Ms. Rouni received her Engineering and Master’s degree in Instrumentation and Control at University of Science and Technology of Oran and a master’s in Quality Assurance and Global Regulatory affairs of Drug Development from School of Pharmacy a Temple University.